Viber for Windows is a desktop client of Viber messenger, which is popular in the Russian-language Internet. Viber messenger is one of the three leaders in the CIS countries.
For example, in Ukraine and Belarus, it ranks first, in Russia - second, and in Kazakhstan - third. Despite the fact that Whatsapp and Facebook Messenger are leading in the world, the large Russian-speaking diaspora communicates on the Internet using Viber. 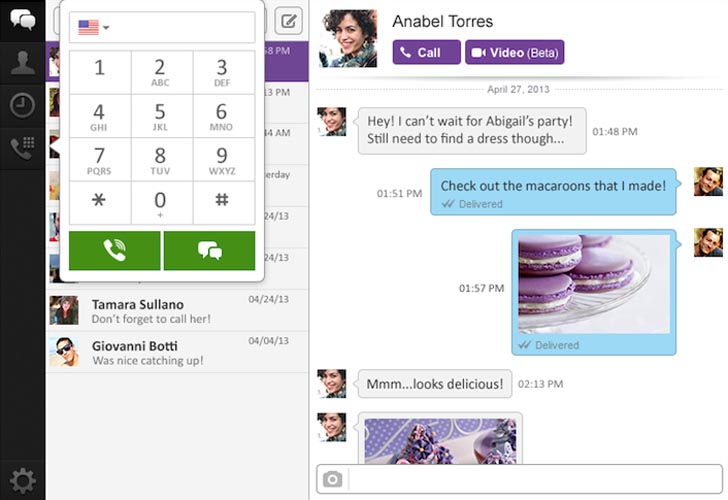 If you compare Viber PC applications with its closest competitor, Whatsapp, it has significant advantages. Firstly, it works on Windows 7, which is used by a considerable part of population. Free Viber for computer and laptop - full-fledged instant messenger for Windows with file transfer, calls and synchronization on different devices. It also has the ability to create group chats and conference calls. The developers of Viber have not bypassed the desire of users to create private chats, which require a password to enter. For Viber users in order to share interesting content which they found on the Internet with friends, the developers have created a browser extension. Just a couple of clicks and an interesting item can be sent from a browser to a friend from contacts. With the help of free Viber for Windows, you can call not only contacts who also have this messenger installed, but also to mobile numbers. For this function use Viber Out. It works only with a positive balance, since the function is paid. You can not ignore the main decoration of the latest version of Viber - colorful stickers. In the application you will find hundreds of beautiful and emotional stickers for any occasion. There are paid stickers, which can surprise your friends and congratulate you on meaningful life events. The phonebook in the Viber application for Windows is synchronized with the phonebook in the mobile application. It attracts with rich functionality, simple and convenient interface, and low system requirements. There is no advertising in Viber, therefore it is more convenient and faster to communicate in it. Please note that for video chatting in two-way mode, there must be a web camera on your laptop or computer with customized drivers.

Other software from messenger category: