Mozilla Firefox has appeared so long ago that it may seem that it always existed. Let's see why users download Mozilla Firefox? This browser is liked by users in the first place, due to the wide possibilities in settings and add-ons.
In this browser you can change almost everything (if you have the experience). There are many extensions and themes that can turn a normal browser into a powerful professional tool, and can make it incredibly simple and easy. The developers of this browser have a tremendous experience. This affect the quality and stability of the browser. At a time when most browsers switched to the WebKit engine, Mozilla Firefox continues to work on the engine of its own development Gecko. In addition, the browser Mozilla Firefox has a whole army of fans among programmers and designers who use this browser themselves, as well as create and maintain all kinds of extensions for Firefox. 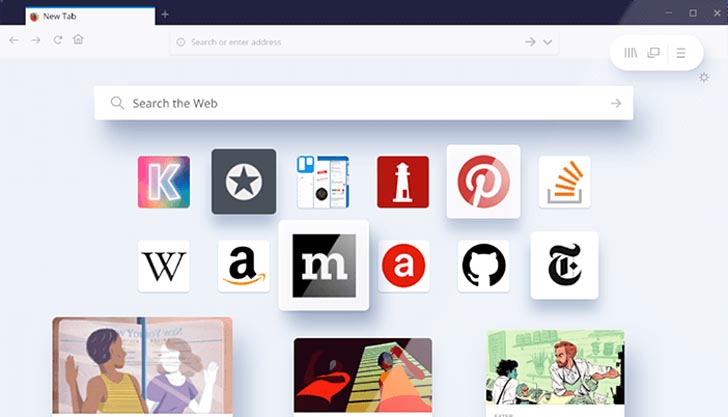 There are experiments that confirm that the latest version of Mozilla Firefox allows you to load a web page faster than other browsers. Do not trust such research 100%, because the speed of loading the page depends not only on its weight, but also on the type of information. Different browsers can download and display different information at different speeds. In other words, one page can be loaded faster in Firefox and another page in Chrome. It's also important that Google services work faster in Chrome. For other pages, the speed of Mozilla Firefox will be at a high level. As in all modern browsers, Mozilla Firefox allows you to work with tabs, organize the work of the panorama function and free tab extensions. It has an incognito mode, which disables cookies and does not store information about visited sites on the computer. In this mode it is convenient to work with several accounts in one service. For example, when you have two emails in Gmail, it's not convenient to switch between them. Incognito mode solves this problem. Everyone who downloaded the free Mozilla Firefox browser noticed that the fonts are displayed differently. Someone likes it, others do not. Mozilla Firefox keeps up with security. The browser will protect you from unwanted pop-ups, sites with viruses and potentially dangerous sites. The browser itself makes sure that you have the latest version of Mozilla Firefox installed. Simply the next time you start the browser, it will give a message that the update is installed and after a couple of minutes the already updated version will start. Who use the Mozilla Firefox browser? You can go from the opposite, if you often use Google services, then for this purpose Chrome is better. But even in this case, Firefox will perfectly suit the role of the second browser (for several accounts in the mail). In Mozilla browser, it's easy to set up the start page intuitively, unlike Chrome, where you can get confused in the settings. Firefox usually liked by designers, SEO optimizers, programmers because of the abundance of professional extensions and a powerful community.

Other software from browser category: